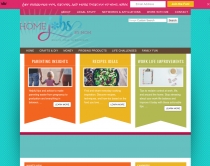 Great for the whole fam!

This post was created in partnership with US Family Guide and Cirque Italia. I was not financially compensated for this post but did receive a sample for review purposes. As always, all opinions are entirely my own. Thank you for supporting the brands that support me! 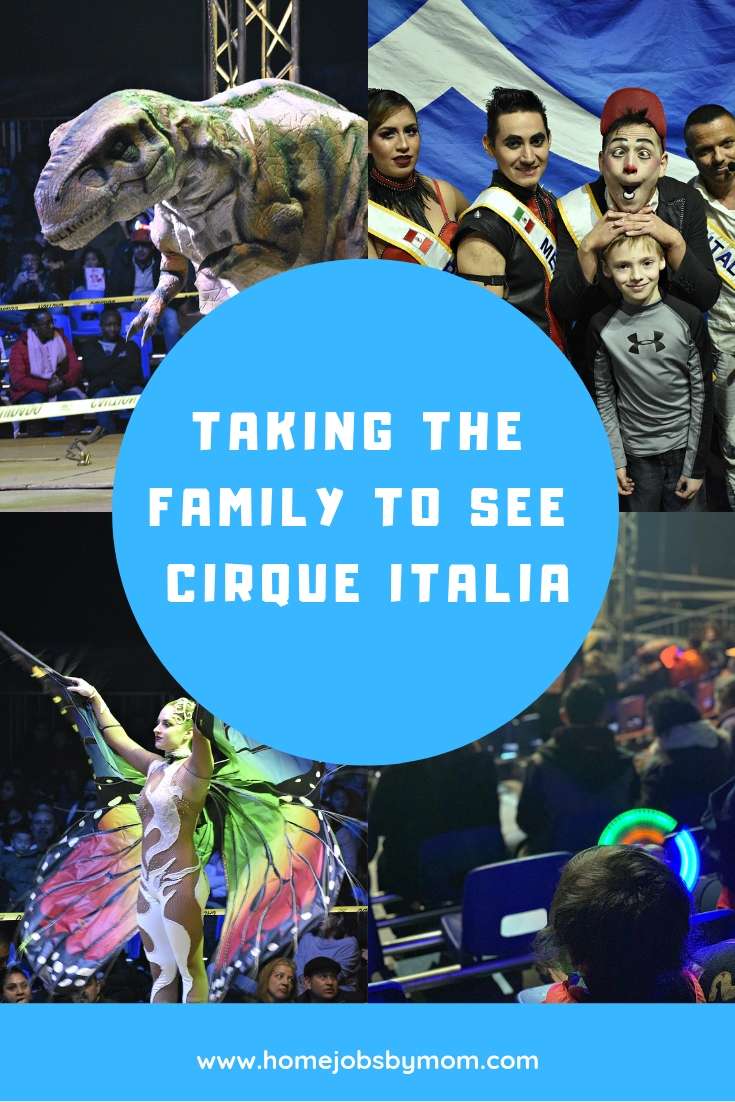 Are you a fan of the circus? For some reason, when I think of a 'circus', I think of Dumbo. When I was little my grandmother had a set of VHS's that I only watched at her house — Dumbo was one of them. It makes me think of her every time I hear about the new Dumbo live-action remake.

I've probably only been to a handful of actual circus' in my life. They are fun and definitely have that Dumbo vibe. However, in early February 2019 I had the amazing opportunity to go see Cirque Italia thanks to US Family Guide.

Let me tell you — it's a grand ole time for the entire family but a much different vibe. In case you've never heard of Cirque Italia, keep on reading.

A Little About Cirque Italia 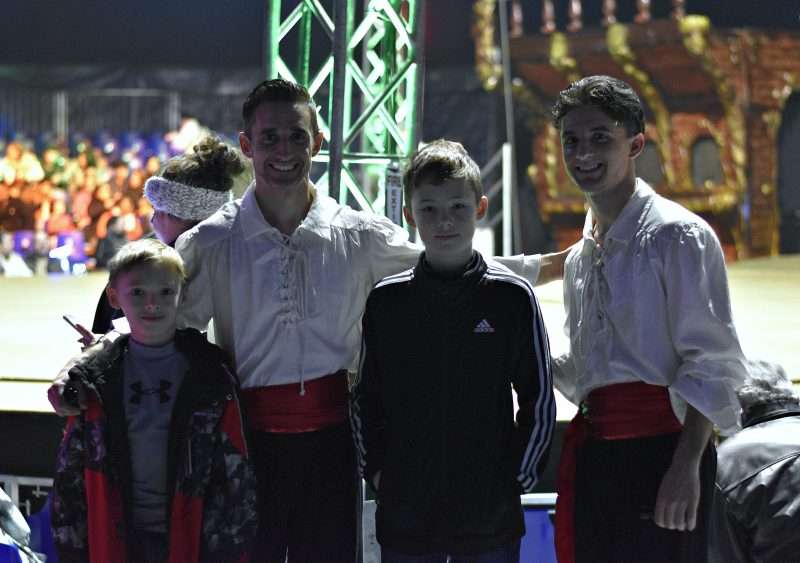 It is described as a “vivid, dramatic, and moving experience under a customized traveling tent.”

To me, Cirque Italia is Cirque du Soleil vibe meets America's Got Talent with a splash of a traditional circus feel. I think it's way more exciting than just elephants doing tricks with clowns, but there is a clown just in case you wanted one.

Photography was not allowed but we got a few shots before and after the show. 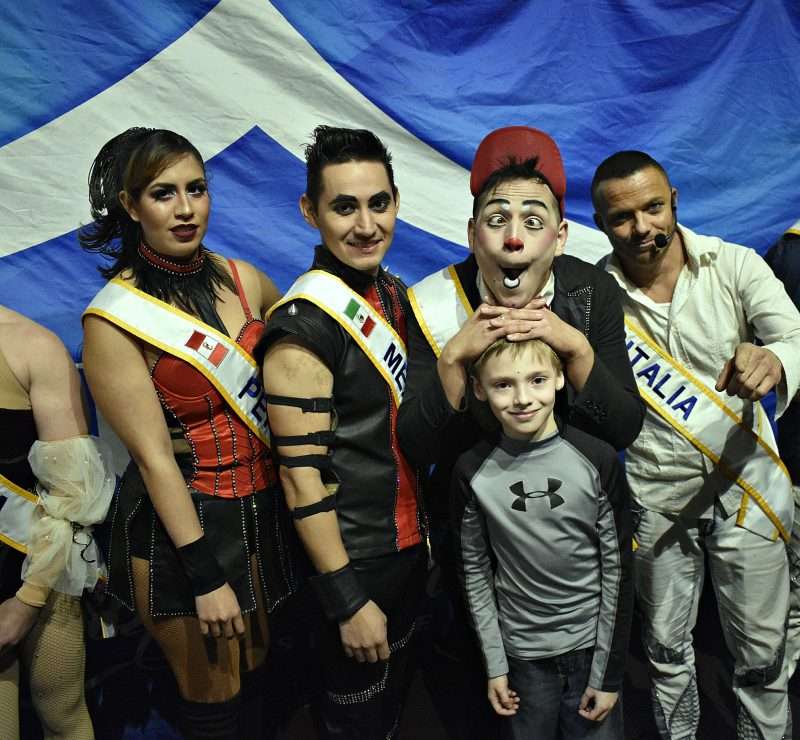 My boys loved the clown. He's really funny and interacts with the audience between acts. My son had to get his picture taken with him :-)

Personally, I loved that this was in a real tent. Gave me more Dumbo flashbacks. More importantly, this meant that no matter where you sat in the tent you had a great seat. There is assigned seating so there's no need to show up hours before to snag a certain seat, if that's your thing.

Cirque Italia brings talented artists from across the world under the big top with performances that will really have you wanting more.

We loved all of the performances. Every time I looked at my kids they looked flabbergasted at what they just saw. Then with every new act, they would claim that that one was their favorite.

It started off simple with some hat, ring, and juggling tricks. Then it moved quickly into more daring acts. There was the wheel of death, different balancing acts, a contortionist, a bow and arrow act, motorbikes, an amazing singer, and more.

Of course, there was also unique aerial acts and acrobats surrounded by a fountain of water. Cirque Italia boasts itself as a water circus but don't worry you won't get wet (this isn't Seaworld, guys). It's just a really neat effect that adds to the thrilling ambiance.

Speaking of ambiance, the show is very upbeat with lights, sounds, and lasers. It definitely gets you pumped up. The smoke was a bit much, though, being in a confined area — I could have done without that. 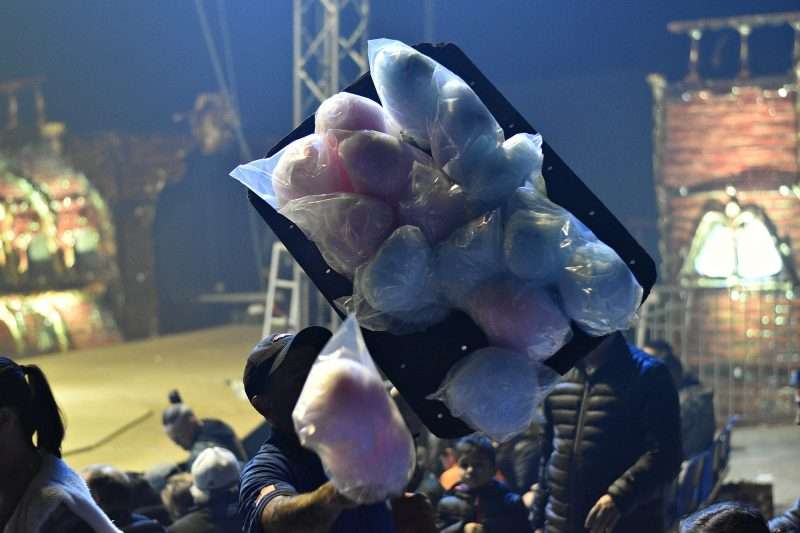 They had your traditional circus snack foods — hot dogs, popcorn, nachos, cotton candy, ect. We bought a funnel cake because it's only at these type of events we get to eat one. SO we indulged ;-) 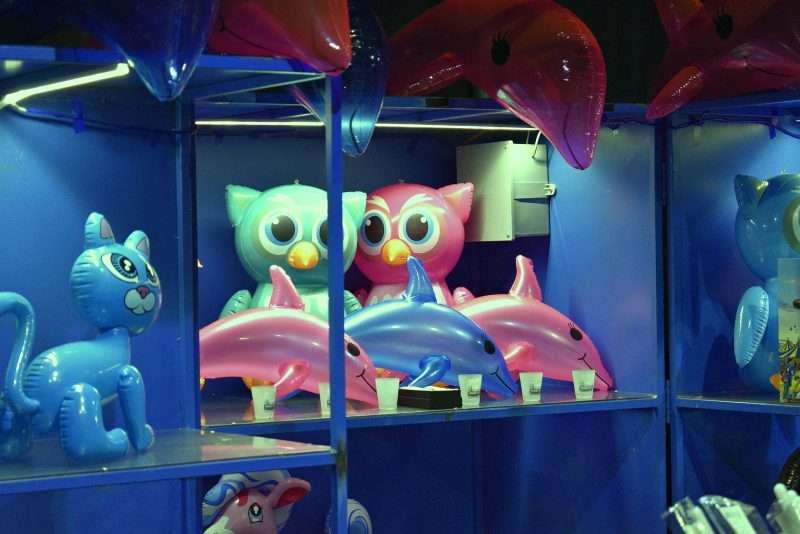 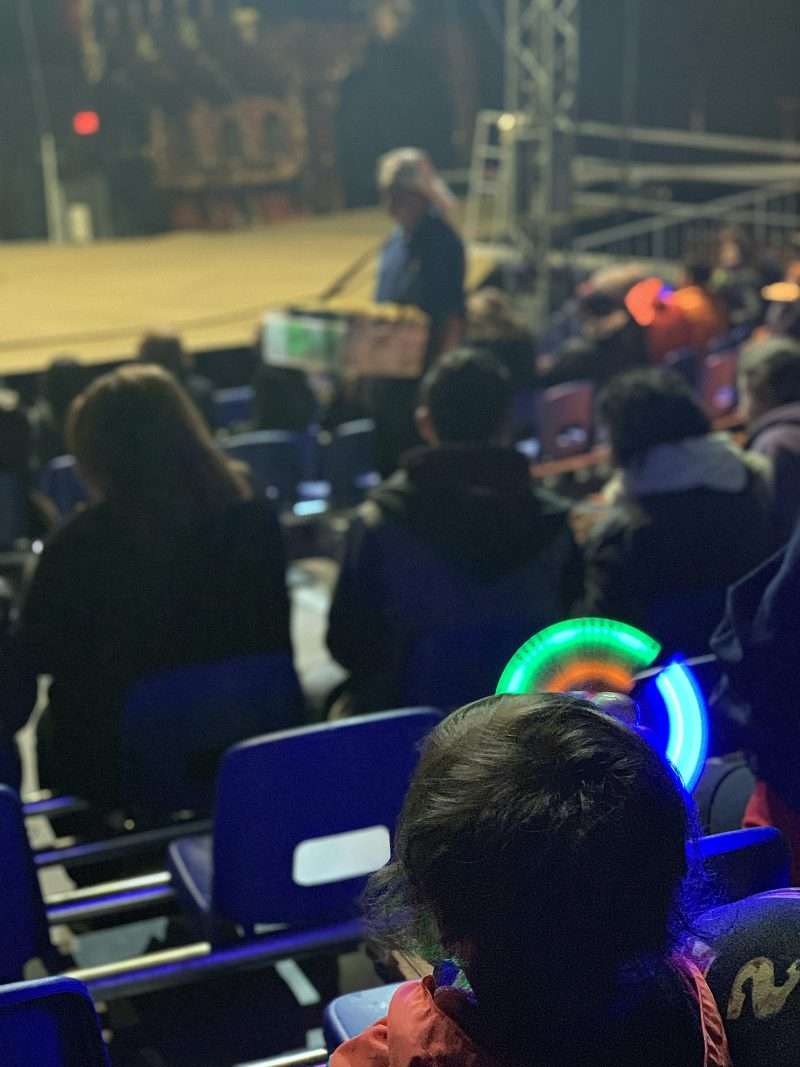 Also, as you enter the tent you can purchase various light up toys and other souvenirs. My son bought a blow-up owl because he, well, collects them. We have so many owls in our house. 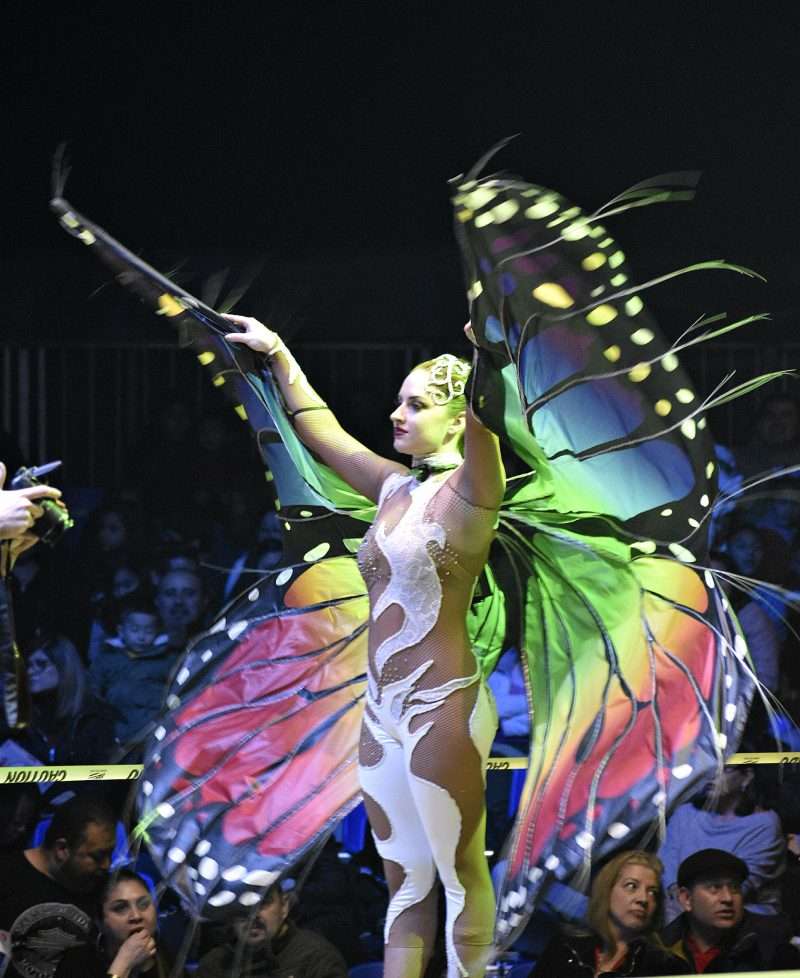 The show is actually a great length for the price so there's even an intermission. During this time they offer some photo opportunities with the cast. 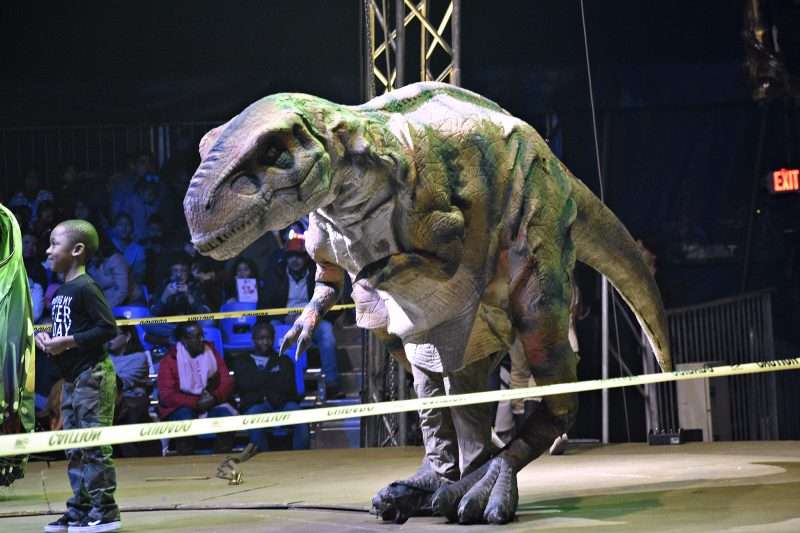 There was a butterfly and a dinosaur. Not sure what the dinosaur was about — I think they just didn't want little boys to feel left out.

I highly recommend going in cooler weather months. It was a chilly day when we went but the tent was nice and comfortable. That may not be the case, if it's 100 degrees outside, though — so plan accordingly.

The show was absolutely worth seeing and we are so glad we got to go. It kept both of my children (and us adults) entertained the entire time — which is saying a lot if you knew us. Highly recommend for families of all ages!