I was super excited when my wife first showed me the Scrape-A-Rounds. They looked like they would probably work well, and we were the perfect reviewers. You might say we have a lot of cars. Each night there are 3 cars, two trucks an SUV and a large passenger van parked on our driveway. At least 5 of these go out and about each day. How many vehicles are in the three-car garage?  None... unless you count bikes, trikes, skateboards, scooters and power wheels...then it's well over 25, but sadly not a single licensed vehicle gets to sleep out of the reach of Jack Frost. 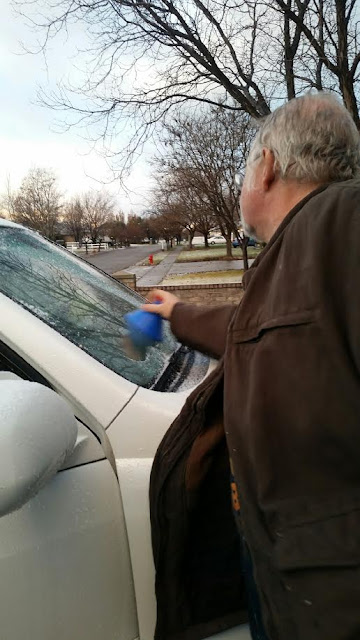 I won't say I was sad or disappointed when day after day I went out and no frost, but I was anxious to try this new product. I grew up not spending money on ice scrapers. My father was in construction including electrical and we always just used a spare light switch cover. It worked, but my hands got all frosty. Later, out of desperation, I once took the sippy lid off a kids Tupperware cup and used it to clear the windshield.   It worked so well, that’s all I used for years. The Scrape-A-Round reminded me of using the tumbler, only bigger and easier to grasp. 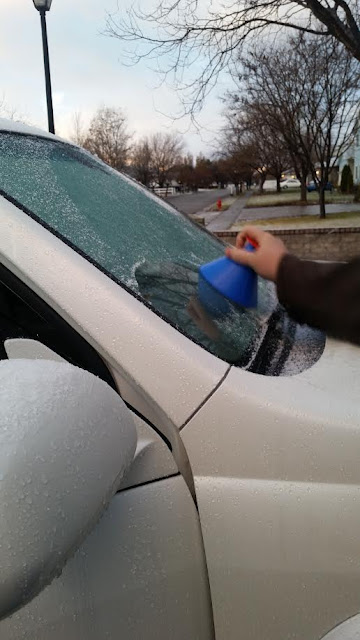 The first test turned out to be a hard one. It was not just frost, but a skiff of snow followed by a bit of freezing rain. Would the Scrape-A-Round handle it? I started on my wife's SUV and then onto my precious G8. The snow and ice came right off.  (I should mention that I had applied Rain-X a few weeks ago which always makes frost removal easier.)  It worked so well I had to take a closer look. 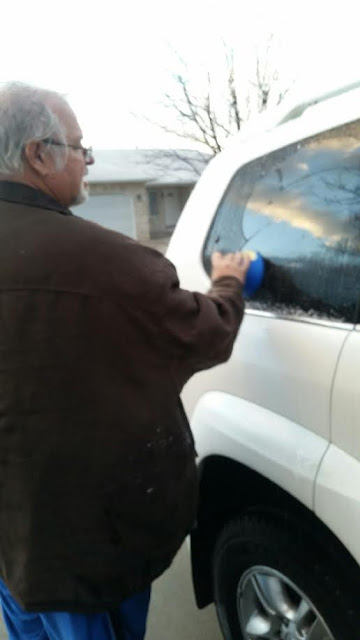 One of the reasons it works is because applied pressure is a much easier proposition.. no handle .. no awkward angle.. just down. Another thing I like is that there is actually an edge the looks like a little snow plow... It really worked well. Plus I loved that it took so little room in the car and wasn’t likely to put a hole in my upholstery.

The only real downside I could see was the lack of a handle made it a bit less useful on a tall truck or van. Overall I would say this is a great scraper for a car or smaller SUV. It might be OK for a truck, big van, or large SUV... if you're 6 4 or taller and have long arms.